I recently returned from the Adobe Education Leader Summit (held in New York City this year). Several colleagues were taking a number of photos using their new cameras. After further investigation, I had to get one of these puppies myself. It is the Ricoh Theta model “S.” It takes 360 degree photos which you can embed. The camera itself is very small and lightweight. Here is one example of what you can do with this camera. This was taken at the Henry Gleason Nature Preserve in Mason Co., Illinois. Yes, we have natural sand dunes in Illinois.

If you move around the image, you will be able to change your viewpoint – you can view the location in mostly 360 degrees. Just use your cursor and click and drag to change the view – or use your finger if you are on a mobile device. You can also zoom in. Personally, I think this is pretty impressive.

First, the camera is very self contained. This is what it looks like. 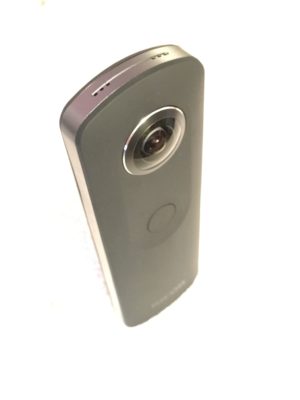 There are buttons to power it on and off, take a photo, turn on the local wifi, and change from photo to video. The majority of the interactions happen with the smartphone app. If you have a number of these photos, you can also view them in the desktop versions of the Ricoh app (available for both Mac and Windows platforms).

I am using the iOS app to control the Theta. You must first activate the wifi on the Theta. The default name is the serial number (as is the default password). FYI – it is a really good idea to change the wifi password as soon as possible.

This is what the app looks like on my iPhone. Note that I have connected to the device via wifi. To interact with the camera itself, one taps the center button at the bottom of the app. 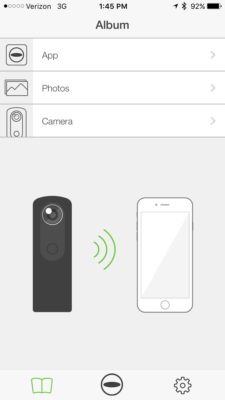 This is what the camera view looks like. In this case, I have the lens covered so there is no visible preview. One taps the large button in the center to take photo. You can switch from photo to video. Personally, I think the photos have much better clarity. I also find the microphone on the device “wanting.” Of course, this is true of most built-in microphones on cameras. 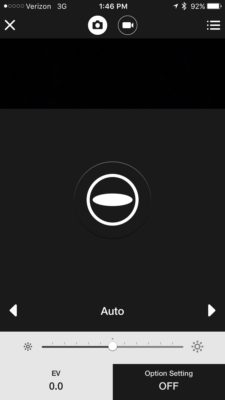 You can control a number of settings in the device via the app as well. You can also import sample images. 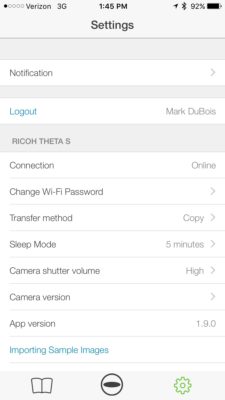 The camera itself has a number of interesting features – including the ability to take multiple exposures over time. 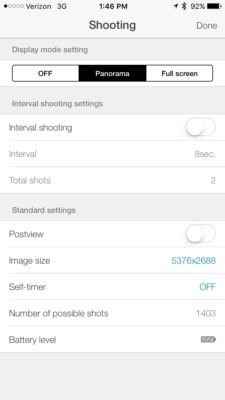 You can easily transfer the photos and videos to your smartphone – they are stored in a separate folder. You can also select individual objects and mark them for deletion from the camera. 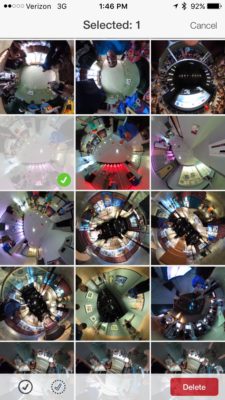 Here are some examples of the images I have recently taken using the Theta. Note that I have selected a number of natural history locations because of my interest in insects and geology.

This image was also taken at the Henry Gleason Nature Preserve in Mason Co., Illinois.

This image was taken in Peoria Co., Illinois at the Jubilee State Historic Site.

Of course, since I live in Illinois, I had to have the obligatory corn field photo.

This is the crossing at Kickapoo Creek in Jubilee State Park, Peoria Co., Illinois.

As you may suspect, I have been having a great deal of fun with this camera.

Lastly – if you have been paying attention to these examples – where am I? Remember, these are 360 degree views. Perhaps I should have worn a striped shirt and a stocking cap?