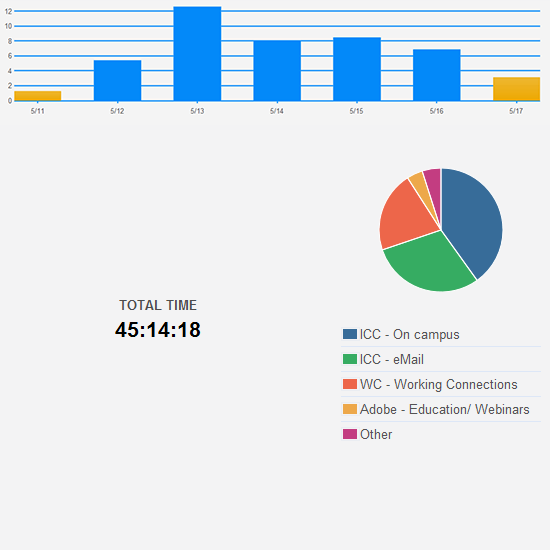 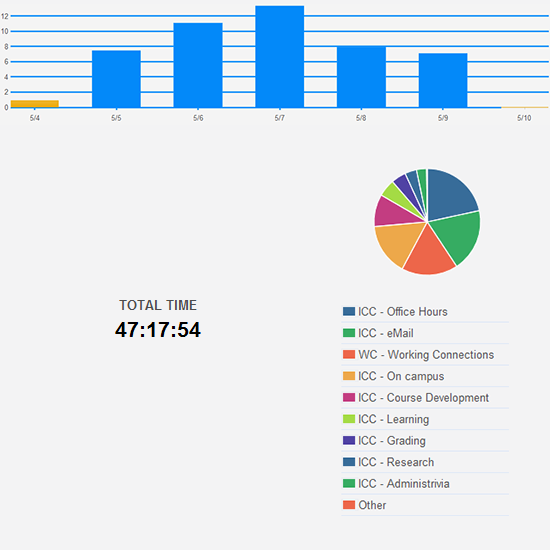 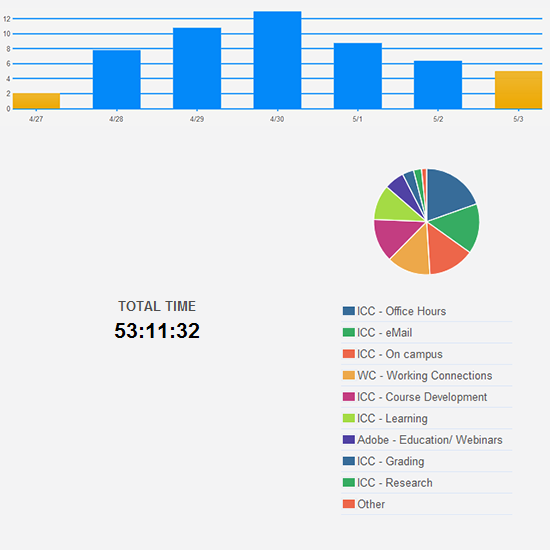 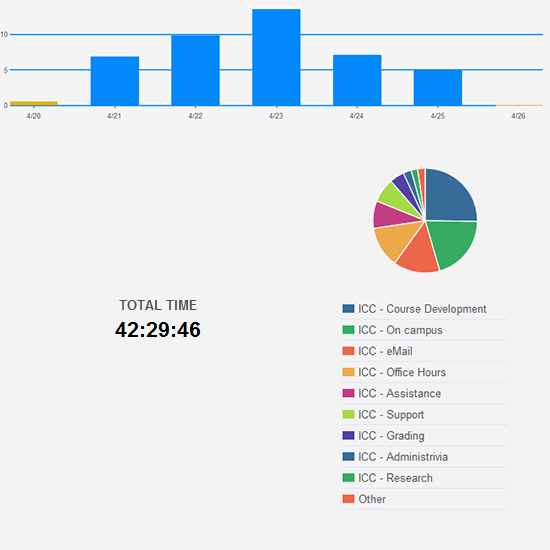 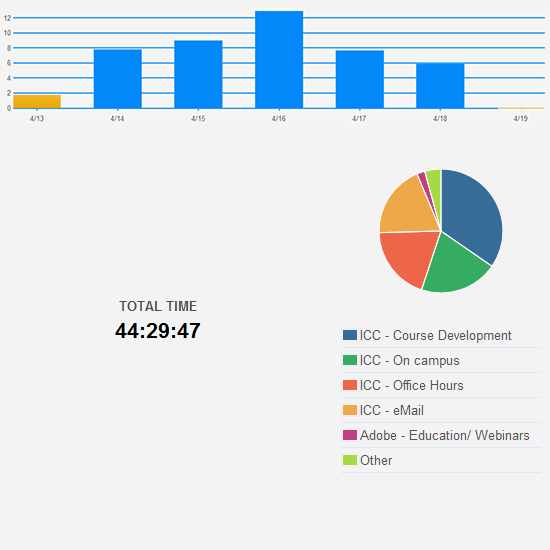 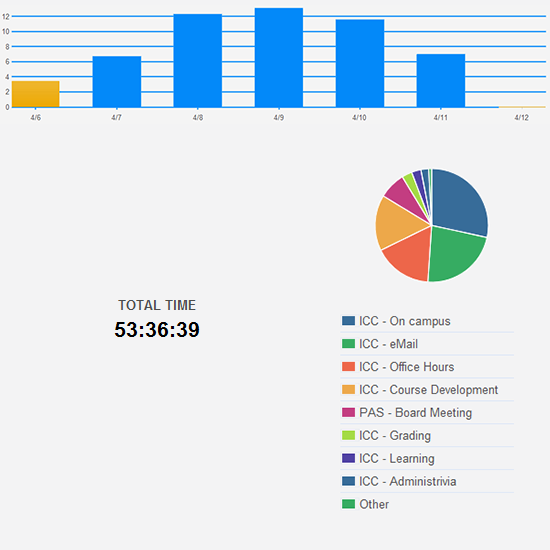 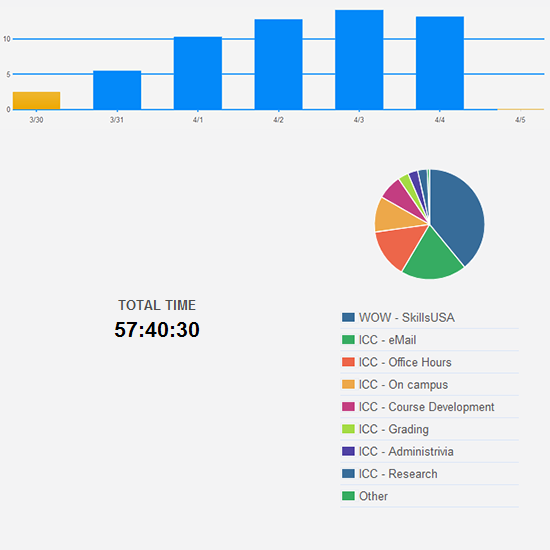 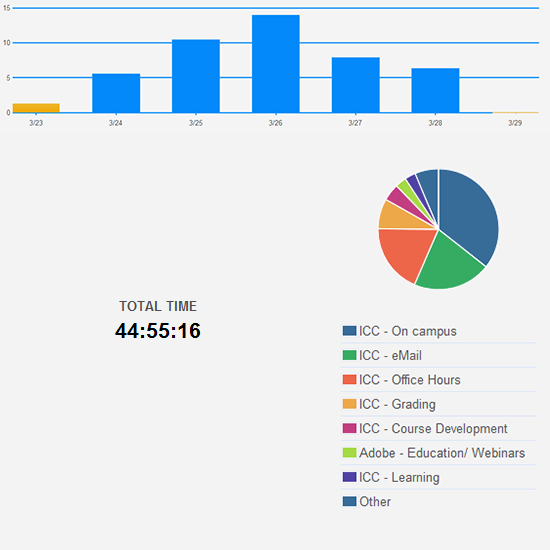 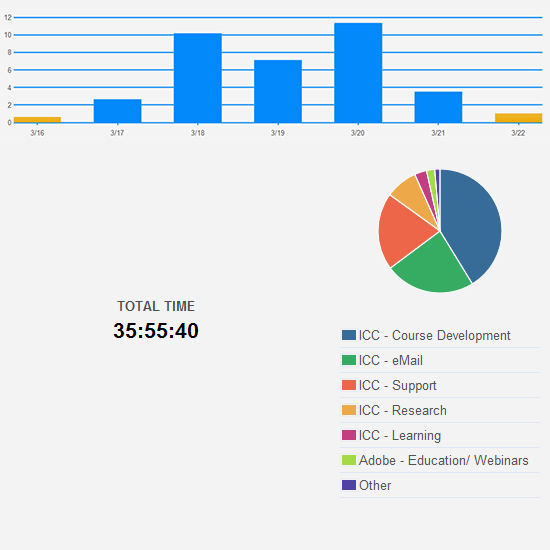 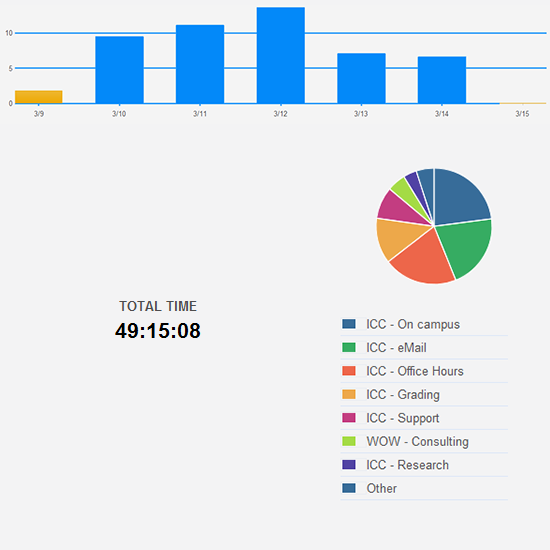 Week beginning March 2, 2014. Seventh week of the semester. I was part of a web program accreditation review team (travel and meetings from Wednesday through Friday). 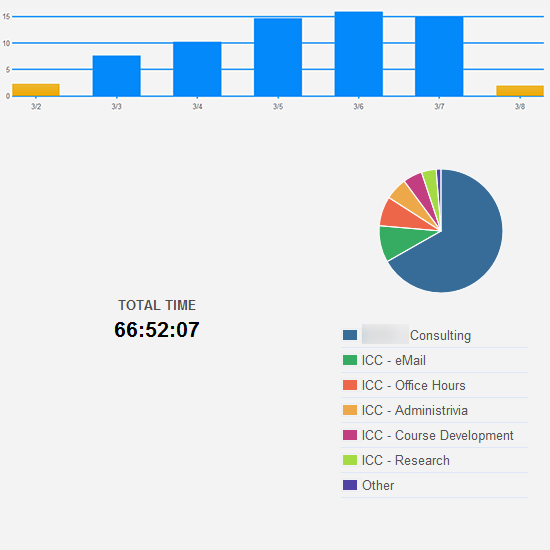 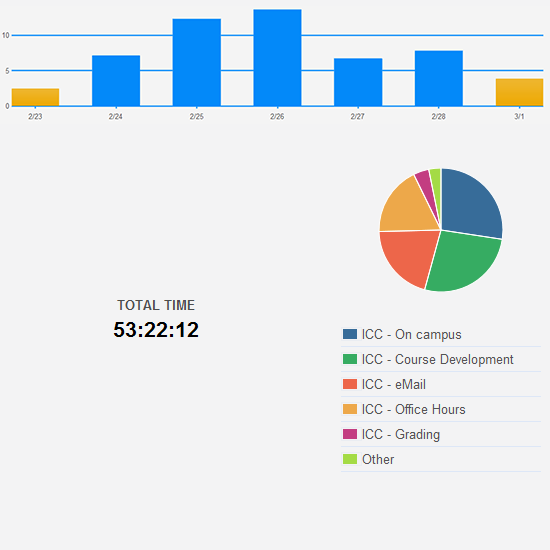 Week beginning February 16, 2014. Fifth week of the semester. Yes, campus was closed on Monday due to the snowfall. Doesn’t really show with online classes, does it? 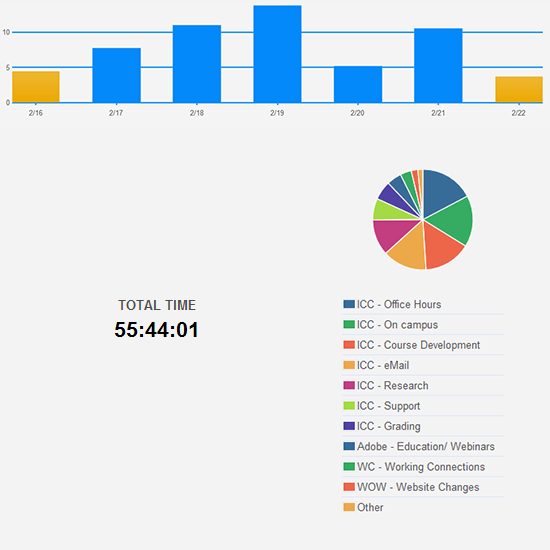 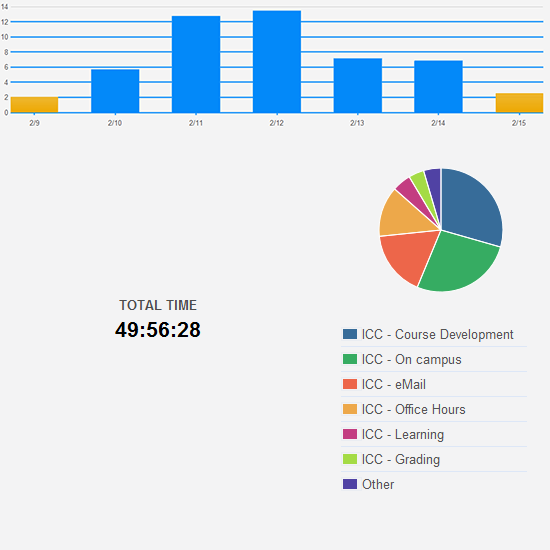 Week beginning February 2, 2014. Third week of the semester (yes, campus was closed for 1.5 days this week). 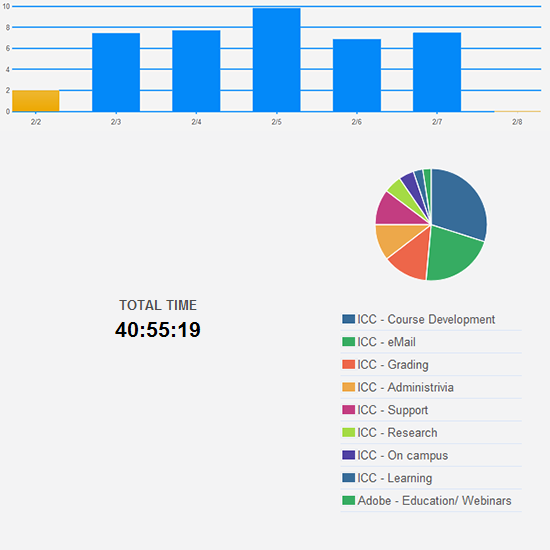 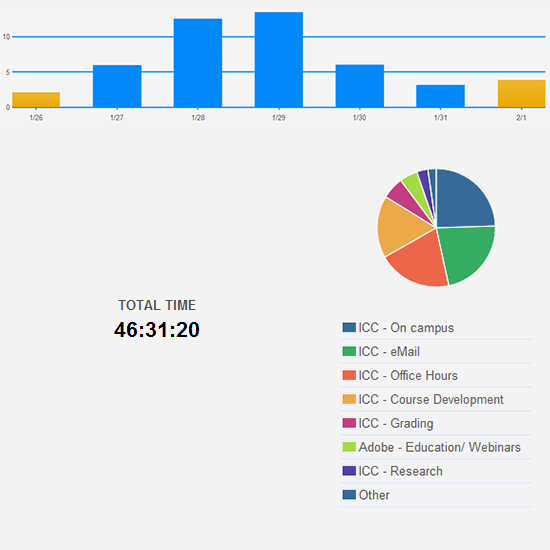 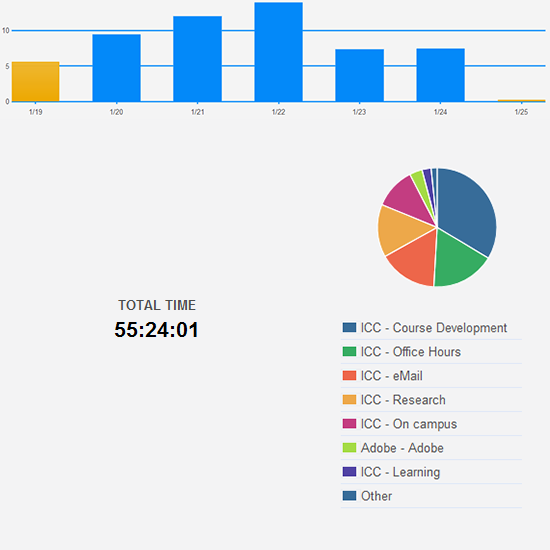