Those who take online only classes often find they spend much more time than they would in a traditional class. This is also true from a teaching perspective. Since I do require students in the CMWEB 260 internship class to track and report their time spent on projects, it seemed reasonable that I document this as well. I plan to report on a weekly basis the effort spent during the previous week. I always update this page at the end of each week. Note that this sequence ended abruptly as I experienced severe vision problems (requiring immediate surgery) and was unable to use the computer for the last week of the spring, 2012 semester. 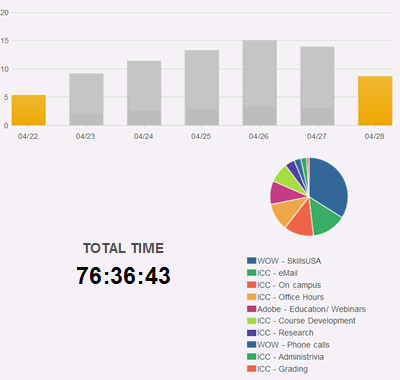 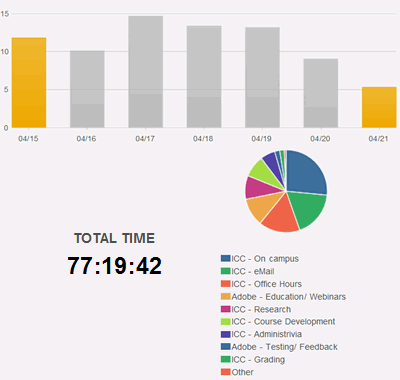 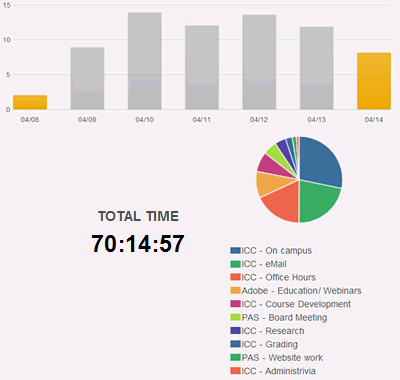 Week beginning April 1, 2012 (yes, I took Friday and Saturday off this week) 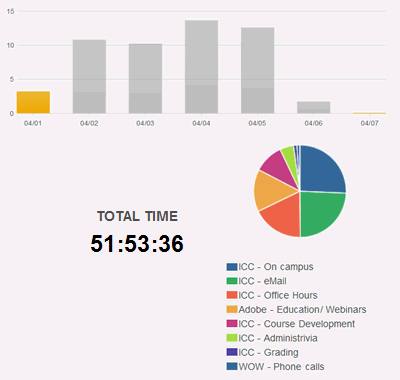 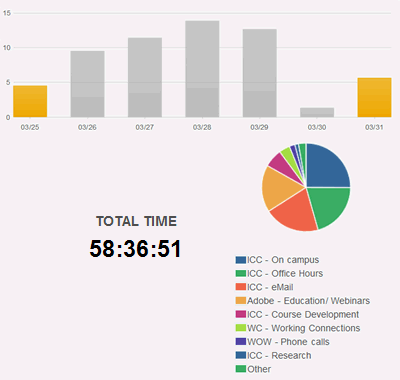 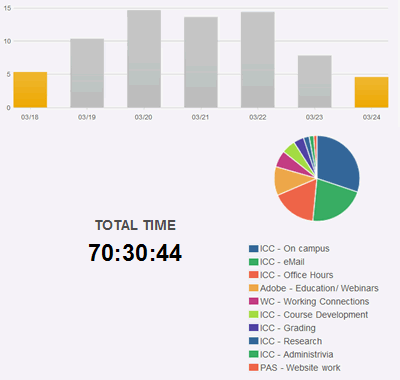 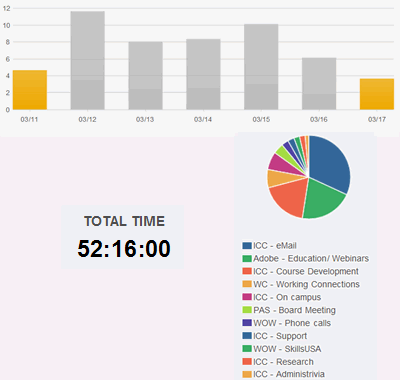 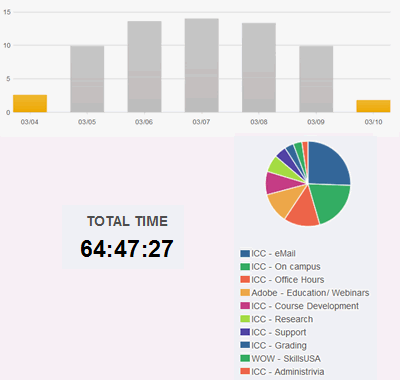 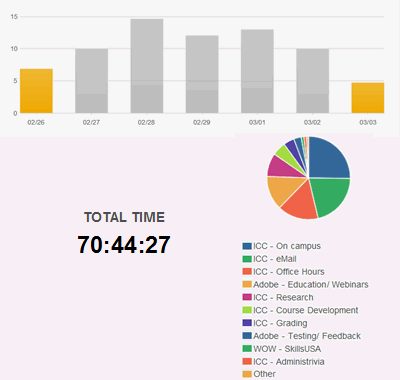 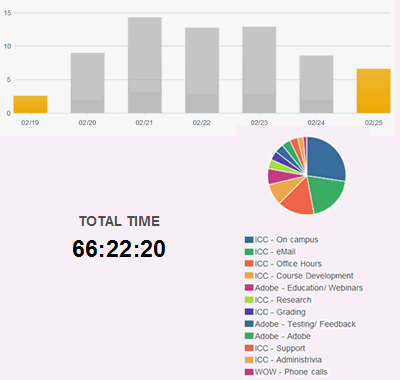 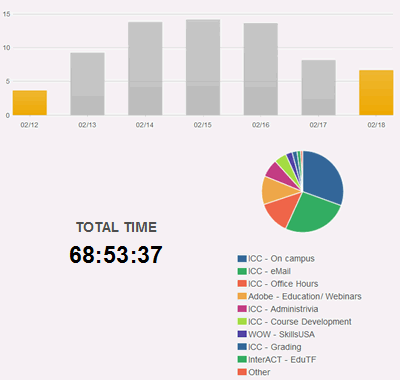 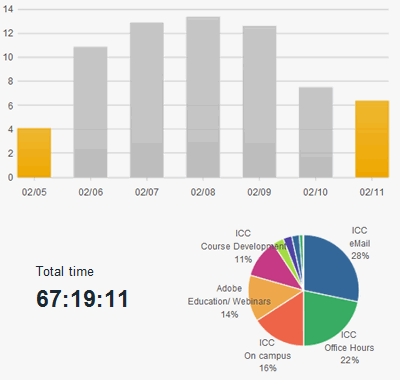 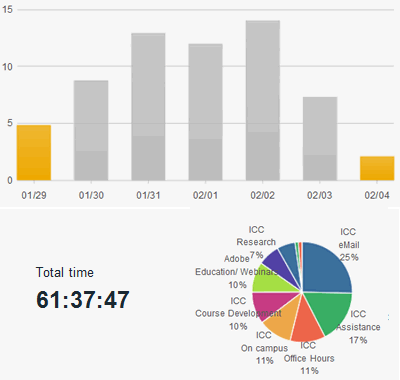 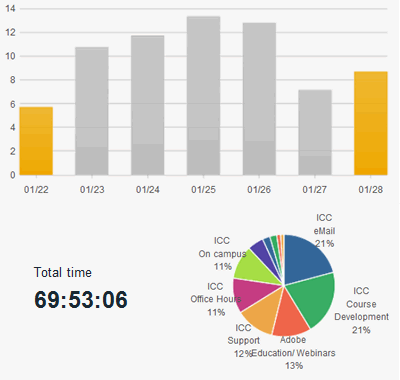 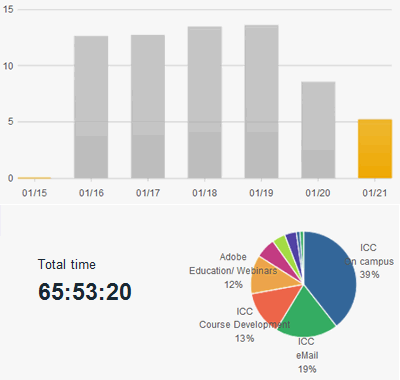 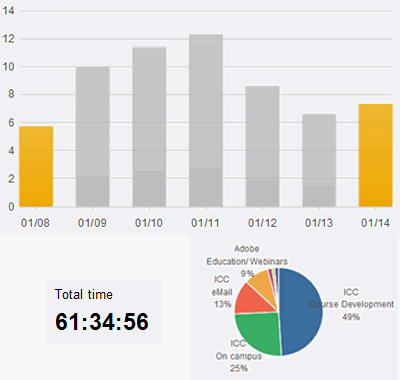