From Nov. 19, 2012 through the end of the semester, I was on medical leave and unable to perform any work for the college (per Human Resources). 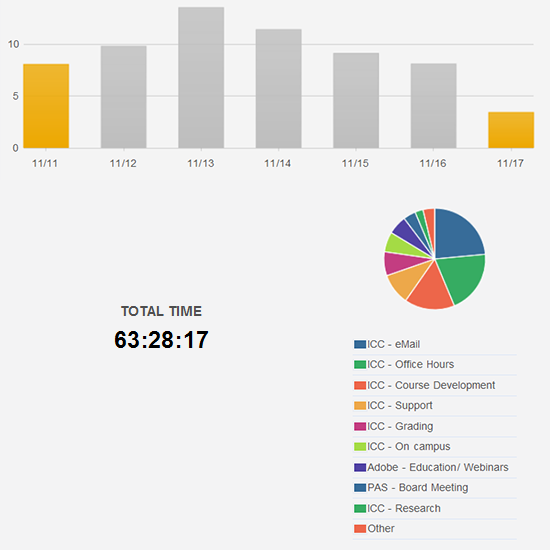 Week beginning November 4, 2012 (yes, this is over 2 week’s worth of effort to participate and speak at Adobe Education Exchange Live in Toronto in addition to teaching classes) 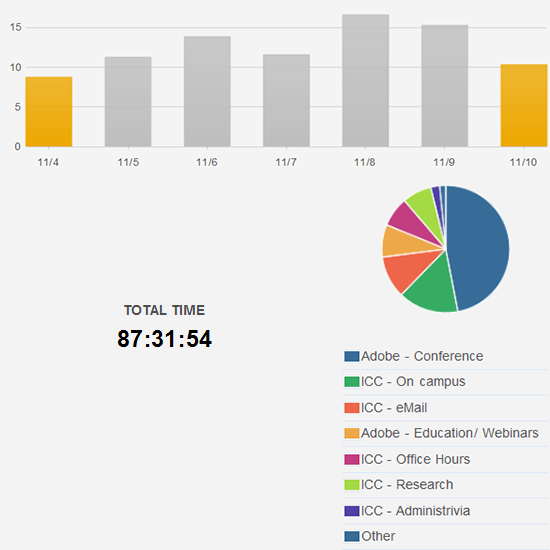 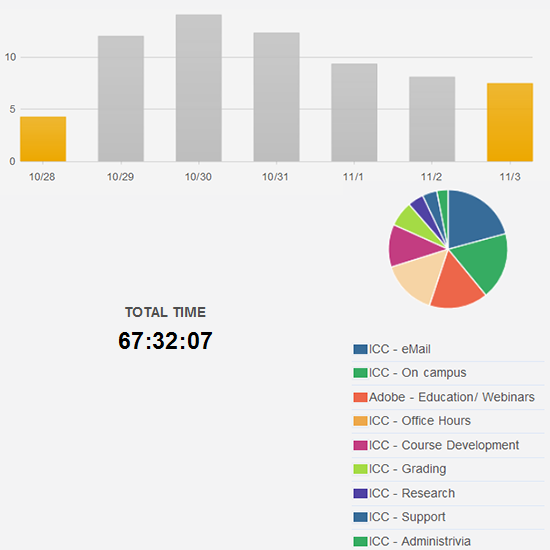 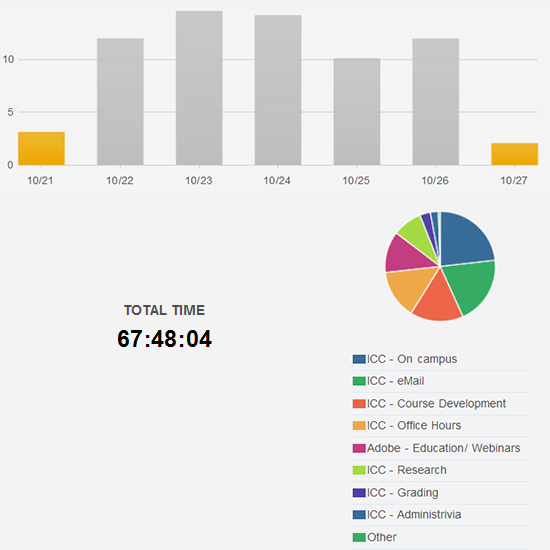 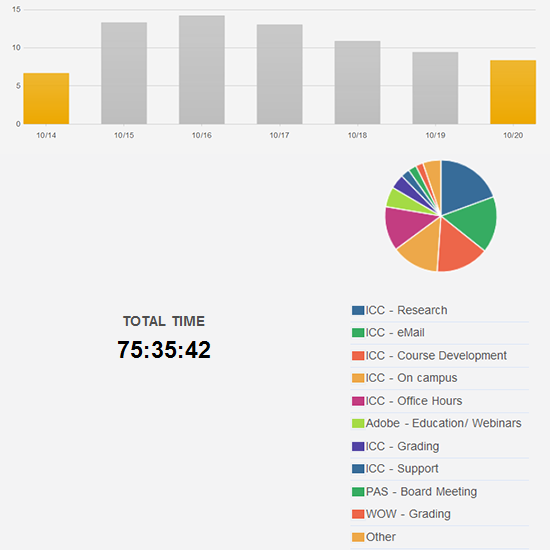 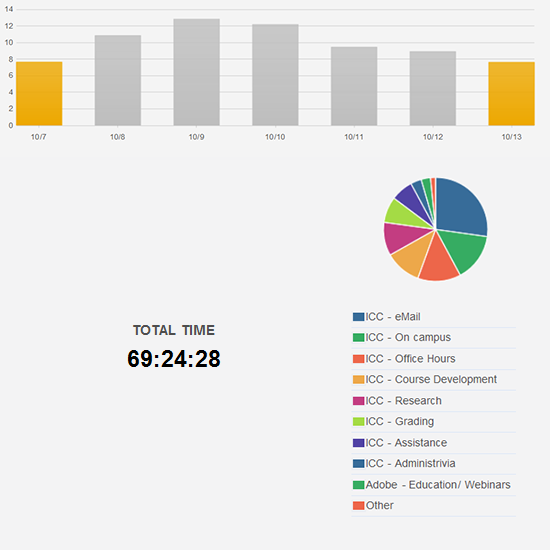 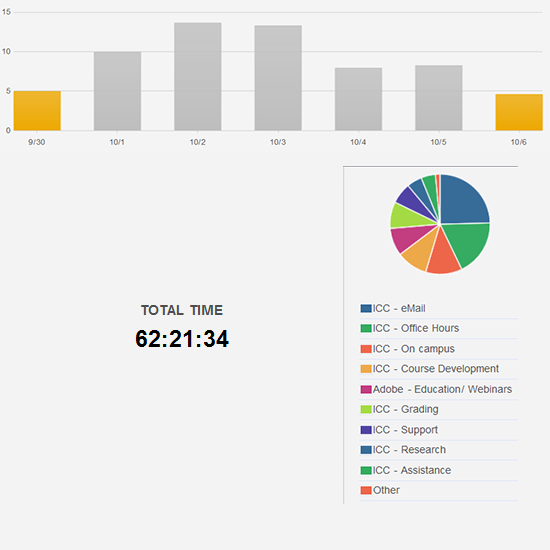 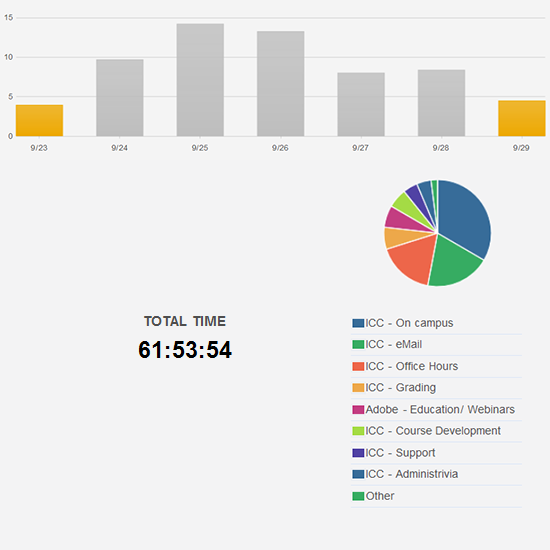 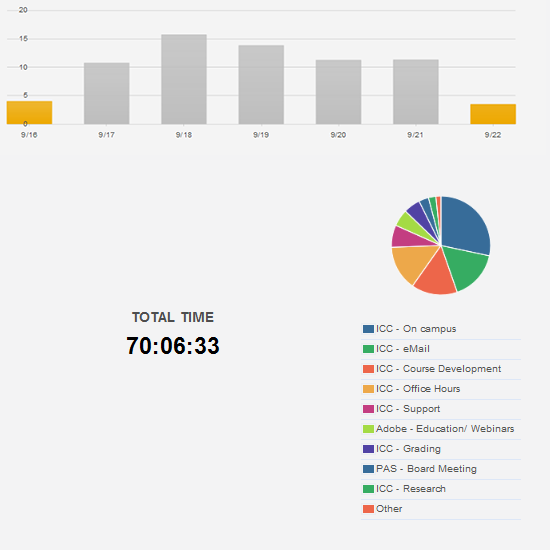 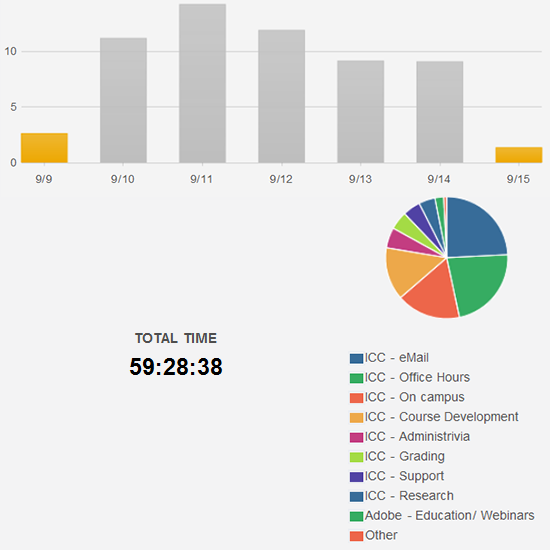 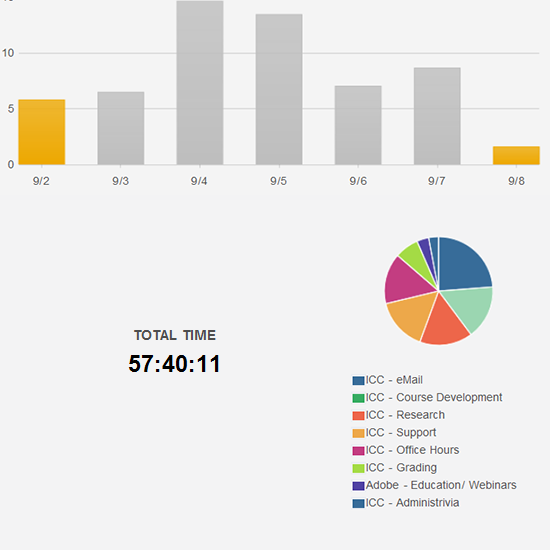 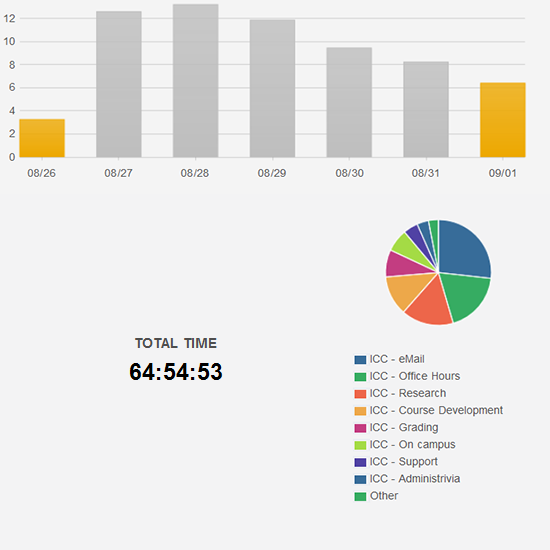