I recently installed Windows 10 Technical Preview in a virtual region on one of my computers (using VirtualBox).  I thought readers might be interested in my first impressions of this operating system. The abridged version is – I like it. To me, this is what Windows 8 should have been (ok, Windows 8.1 at least). Let me add in a few screen captures and more details (for those who are interested).

First, the installation itself reminded me more of an iOS installation than a Windows installation. Note the screen capture below. Yes, the process even started with “Hi.” I know I should have captured that screen. iOS says “Hello” for those who are curious. 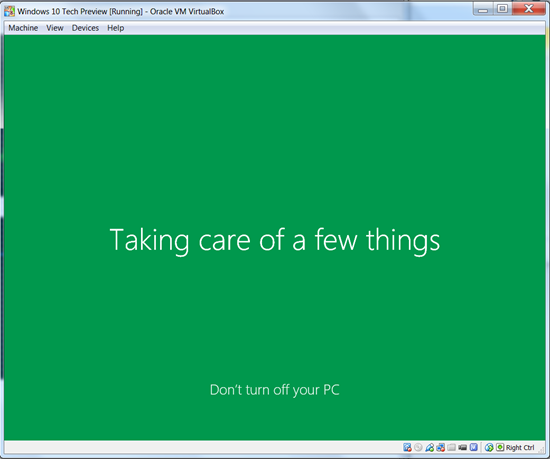 Once installed, the very first thing I noticed is THE START MENU IS BACK. Yes, I was shouting. I am certainly glad to see Microsoft has finally realized that the majority of users of their operating systems do most of their work from the desktop. Here is what the new start menu looks like. 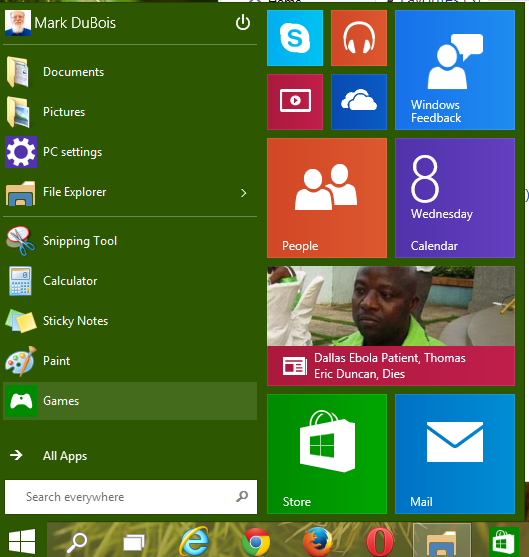 If you examine the above screen capture a bit, you will see that many items previously only accessible through the “Metro” interface (I know it is no longer called that, but everyone remembers that name). You also have the ability to shut down your computer (top row next to my name). To me, these are “improvements” which never should have been excluded from Windows 8. In case you haven’t figured it out, I am not a Windows 8 or 8.1 fan. I had to relearn too many things I already knew. For example, the easiest way to shut down the computer in Windows 8.1 was to hit the Windows key and “I” at the same time. Yeah, that was intuitive, wasn’t it?

The only thing I really liked in Windows 8 (and 8.1) is the ability to start typing in the “Metro” interface and immediately see all the results.

Within the desktop, it is great to see a number of familiar items on the taskbar again. This includes Windows Explorer.This has a very similar interface to the version in Windows 8. 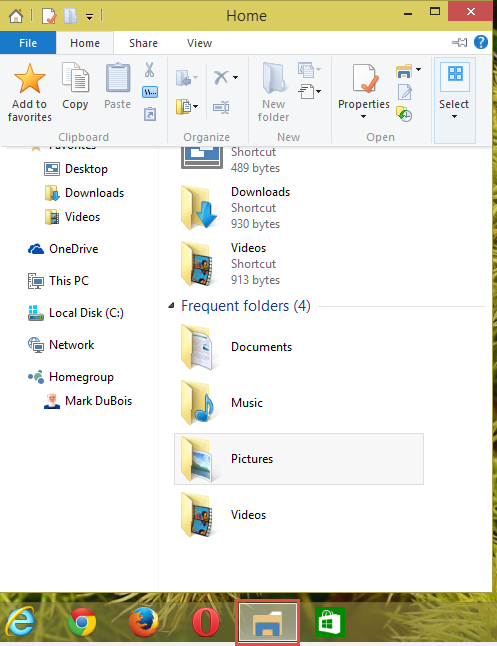 The Task Manager is also similar to Windows 8. 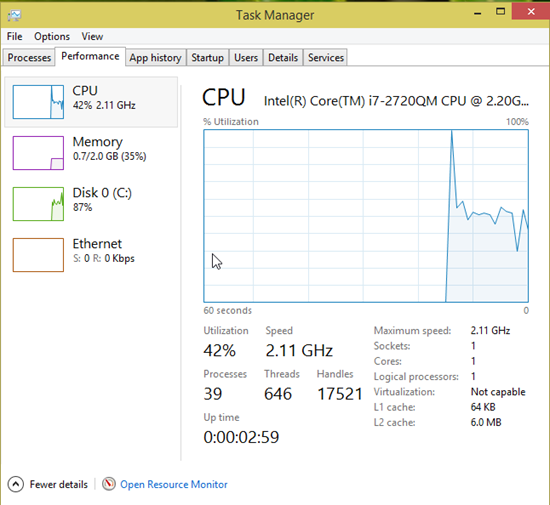 Those who have been observing the screen captures notice that I have a number of browsers. In this version, it looks like Internet Explorer 11 is the one shipping. I had hopes of seeing IE 12.

One of the great new features is the ability to have multiple desktops. Yes, just like Linux systems (including Mac OS X). Select Task View from the taskbar (highlighted below). I have not tried out more than a few desktops at once as I am running with limited memory in this virtual environment. 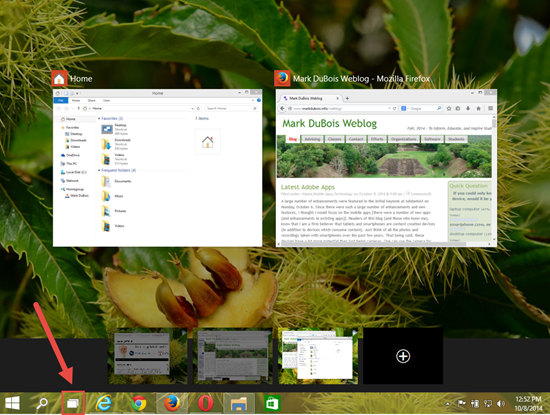 I also see that Windows Update and the Windows Store are running within the desktop. I certainly hope these features remain and we have moved away from that abominable Windows 8 default interface. My biggest issue with the “Metro” interface is that I had to re-learn so many aspects of Windows. Of course, I have nothing better to do that continue to relearn the same things. Yes, I as being sardonic.

Here is a screen capture with the Windows Store (and Windows Update in the background) on the desktop. 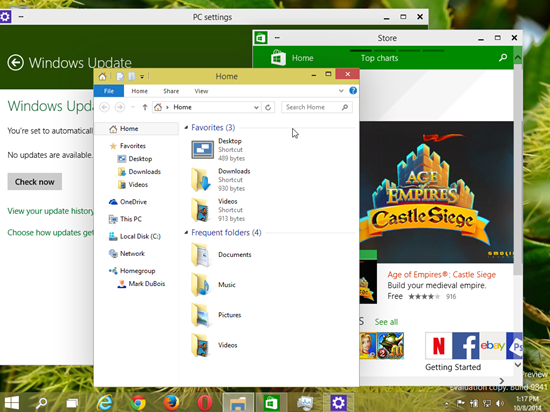 Ok, that was a quick overview of the environment. As time permits, I will focus on additional functionality. I do recommend you try this out. I strongly recommend running this is a virtual environment.

As always, I look forward to your comments. Have you tried Windows 10? What is your favorite new feature?