At our September Web Professionals and Adobe User Group meeting, Brian Anderson gave an excellent presentation on his Raspberry Pi Bramble (clustered computers). After the meeting, we had a follow on discussion about the need to teach how to develop applications to run on multiple computers at once. We also discussed how this might be used in various applications. Of course, I neglected to mention one example where this already happens. I thought it might be appropriate to continue that discussion in this weblog post.

I previously reviewed the iPad app Photoshop Touch (Photoshop Touch cheat sheet) and (Photoshop Touch for iPhones). There is another interesting app – Photoshop Mix which also runs on the iPad. Photoshop Touch allows one to make a number of edits on an image using the local processor. As long as you are connected to a network, Photoshop Mix allows you to offload some of the processing to Adobe Creative Cloud servers. Enhancements (such as straighten, shake reduction, and content aware fill) require a significant amount of computer processing. Being able to use external servers is a significant “game changer” for image manipulation. Let’s take a look at Photoshop Mix is more detail.First, let’s examine the interface. When you initially open the app on your iPad, you see several examples. Click on the plus (+) icon on the left to create your first edit. Yes, I highlighted the plus and point to it with an arrow. 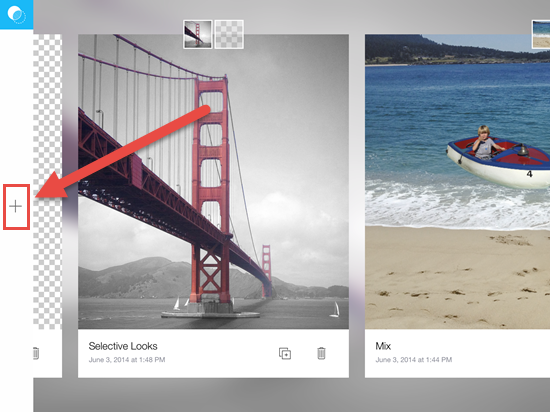 You are then prompted to select the initial image. Note there are a number of places you can pull that image from (including Creative Cloud, Lightroom, and Dropbox). 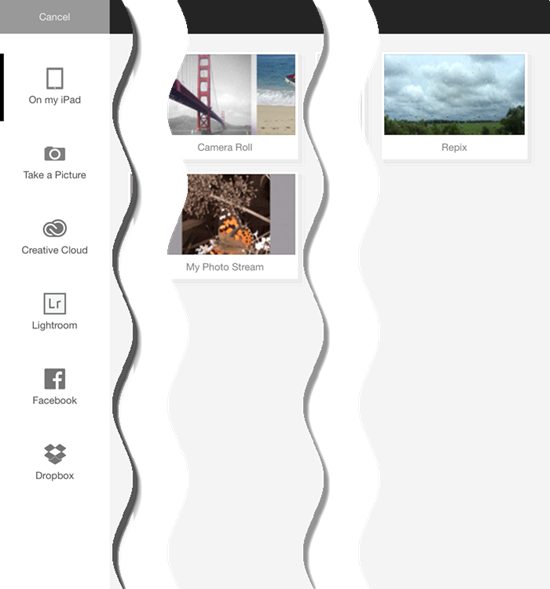 After choosing an image, you are then presented with a number of options. You can add another image (think foreground and background images) [item 1 below]. You can also edit the image [item 2 below]. 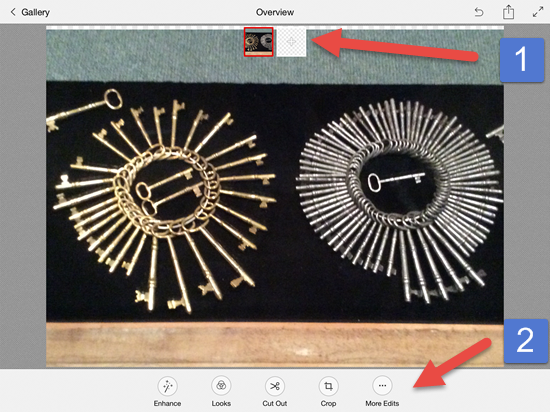 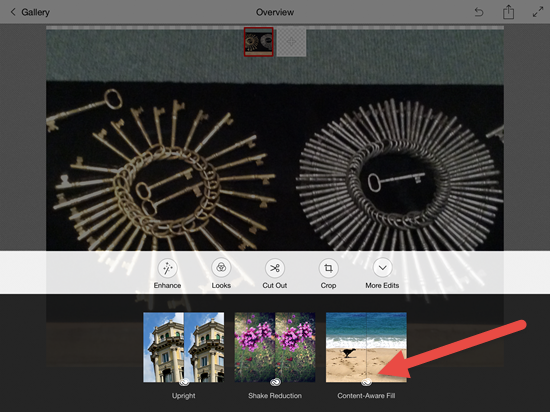 When you choose one of these options (such as shake reduction), you must be connected to a network. In addition to network latency, it will also take a minute or so (on even a fast network) th have the results rendered and returned. Note in the screen capture below, the image is being uploaded for the shake reduction effect. 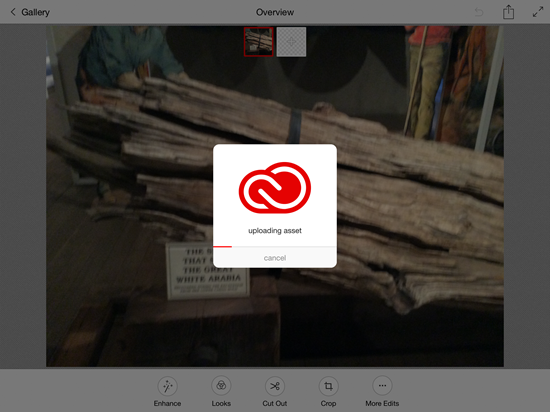 Obviously, you can apply filters, selectively crop, rotate, change the composition. Some of those examples are shown below. I rotated an image from the camera roll and am in the process of cropping it below. 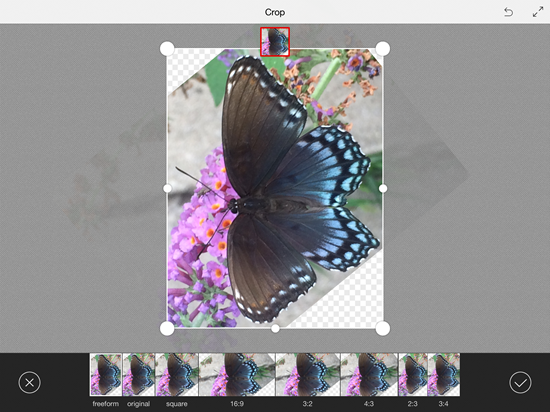 In the screen capture below, I have rendered the background a sepia tone and only the butterfly is in color. One can use a stylus to outline the part of the image to apply a given effect to. 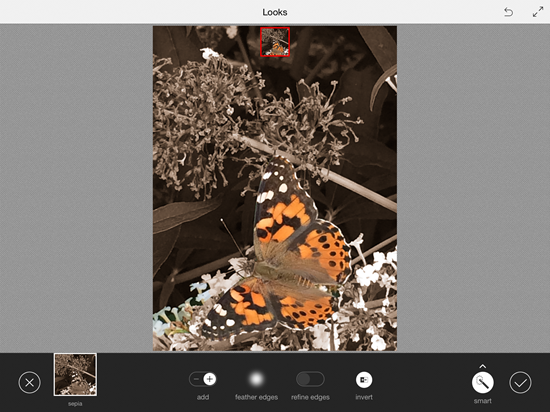 Overall, I find this free tool most impressive (and an enhancement to tols like Photoshop Touch.

I would like to see some improvements in future versions. The biggest on this list would be an Android version of the tool. Many students have Android tablets because they are less expensive. I would also like to see better integration with the Adobe Ink stylus.

As always, I am curious as to your insights. Have you tried this app? What are your impressions?