I was recently inspired by a lynda.com course to obtain a Wacom tablet and experiment using the mixer brush in Photoshop CS5. I am most impressed with the capabilities of the Wacom Intuos4 Tablet as an input device. What I particularly like is the ability to customize the input selections on the tablet itself. You may note that one can create different settings for different applications (and these settings display on the tablet itself). These are my current settings. 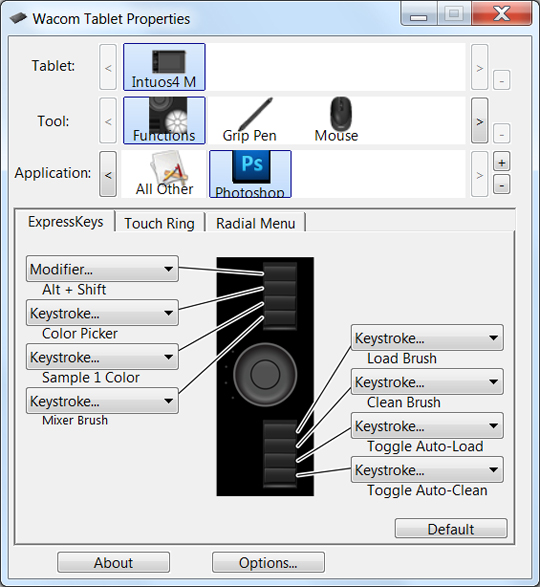 As you see in the above screen capture, the majority of keys are set to deal with the color selector and the mixer brush itself. Keep in mind I am still getting used to the tablet itself as well as the controls. However, I am most impressed with its abilities to interface with many of the applications on my computer (ranging from Photoshop to OneNote).

Although I didn’t have much time today, I was able to generate a “painting” using a photograph as a starting point. In this case, it is a moth I encountered on the island of Borneo a number of years ago. Within Photoshop, I created a base layer which contained the original photograph. I then added a layer to remove details using the mixer brush (making certain all layers provided input). Once I had removed most of the detail, I then added another layer and used the history brush to add back in some of the detail. While it is certainly crude, keep in mind this is my first attempt. Just trying to document my progress. Overall, I found the combination of Photoshop and the tablet highly intuitive. As I make further progress, I plan to post additional examples. 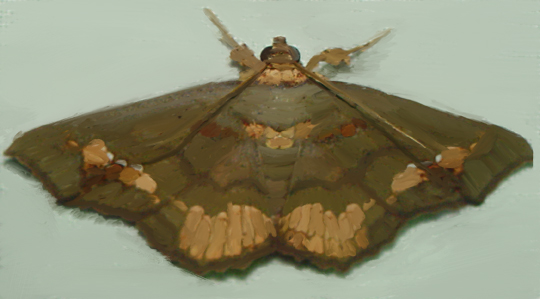 Personally, I like the ability to add and remove detail and develop an image that has a certain artistic look to it. I guarantee this is better than I could do by hand if I didn’t have an image to start with. I am curious if other readers of this weblog have experimented with the mixer brush.