Today is the last day before the competition begins. Experts met most of the day and we then attended opening ceremonies in the evening. It is great to be able to talk with some many interesting and passionate people. The more we talk, the more I realize how much we have in common. This is as true about web design as it is about life.

Much of the day was spent by experts fixing a number of issues which were discovered during familiarization day. Most were fixed; some have work-arounds, and some will not be able to be fixed. I was able to provide some assistance with the marking tablets and our group met and discussed assessment criteria. It is great that we meet and discuss how we will evaluate given items before we actually get in the “crunch time” of actually doing the marking. This approach worked well 2 years ago. In fact, our group of experts differed over the score for each competitor only a handful of times (out of all the items we evaluated).

We have 35 countries in our web design contest. The competition starts on Sunday (tomorrow).

The opening ceremonies were held at du Arena on Yas Island in Abu Dhabi. It took roughly half an hour to travel by bus to the venue. Once we arrived, we had very large crowds and all had to pass through security (one at a time). There were multiple lines. Given the scale of this event, logistics (and crowd control) become major issues. 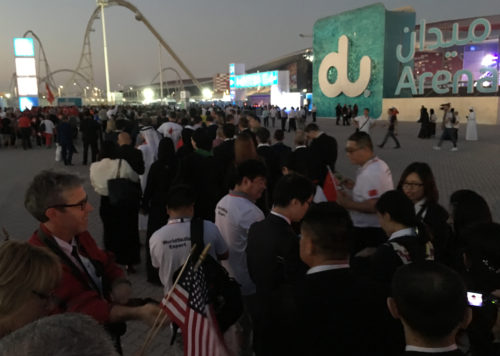 Once past security, there were a number of food trucks and related vendors and displays/ exhibitions. Here is what I saw once I was in the actual venue. 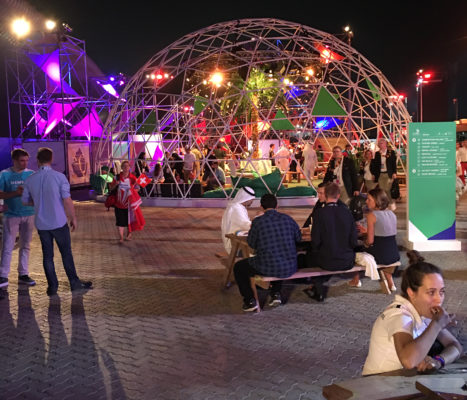 The opening ceremonies were most impressive. I plan to post videos in this space later (not too much time to edit those today). I will update my social media with a note when I add some videos to this post. I learned the main dance troupe came from the London area.

I posted some links to 360 photos I took on my Twitter stream. Here are a few additional photos to give you an idea of the scale of this event. There are approximately 1,300 competitors from 59 countries. I estimated the crowd last night at roughly 10,000. 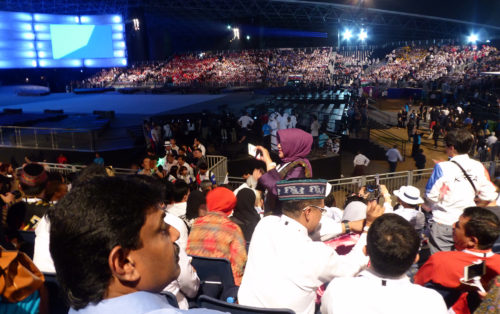 Hopefully, readers now have a clearer understanding of the scale of WorldSkills. This is the equivalent of the Olympics, but the focus is on careers (what one can pursue over a lifetime). I wish the U.S. provided better coverage of this event. I am curious – has anyone reading this seen a single article about this event? Yet, many pages are devoted to sporting. Sigh. Yes, I am clearly showing my bias between our obsession with games instead of careers. As always, I look forward to your comments.