I “bit the bullet” today and installed Windows 10 on one of my computers. Yes, I am an early adopter. That being said, my level of frustration with Windows 8.1 is not going away any time soon. I have previously reviewed an early version of Windows 10 and wanted to now experience the version being released today. Please read my updates at the bottom of this post before upgrading to Windows 10 (at the moment, it remains problematic). Updated July 29, 2015 10 p.m.

Let’s review the installation itself first. I checked to see if an upgrade was an option (I have not yet received email notification). It was.

I clicked on “Get started” and the adventure began…

First, after downloading, I was presented with a new install screen. 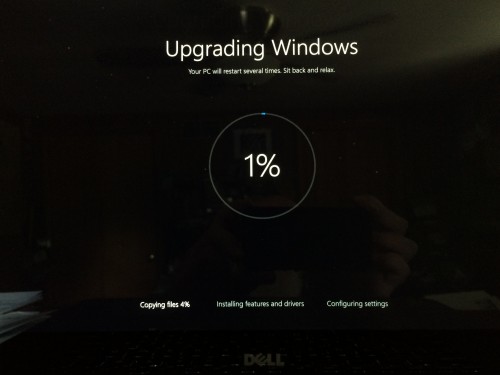 Overall, the process took 1.5 hours (this is a relatively new computer – Core i7 processor). The computer rebooted 4 times. I received 2 “blue screen of death” errors. At least the new BSOD has a prettier interface. 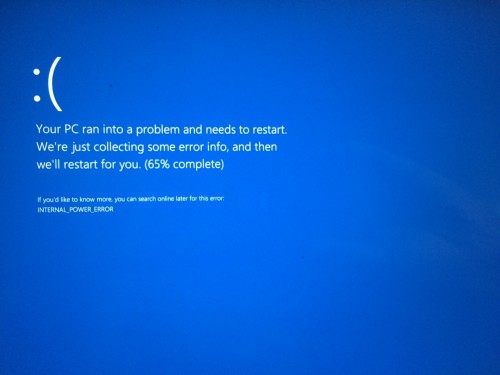 Once all was installed (with those friendly “Hi” messages. I began exploring the environment. There are a number of changes. First the ridiculous “Metro” interface is gone (for the most part). Yes, I know it had a different name after Metro, but we all call it that still. The start menu has some significant enhancements. 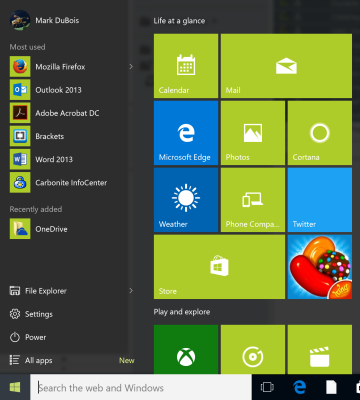 You can also search directly from the taskbar. I like that feature. If we examine the taskbar itself, we see some changes. First, the icon for Edge is very similar to Internet Explorer (but it is different). Items with an underline are open. One can also switch to task view (similar to one of the settings on my Mac). That is the icon just to the right of the search area on the taskbar.

If we look to the right, we also see changes to the interface.

There are a number of interface improvements. For example, this is the new Settings panel.

I do like Edge as a browser. My only complaint is that Internet Explorer is still available. Yes, it is no longer the default, but it still lives. 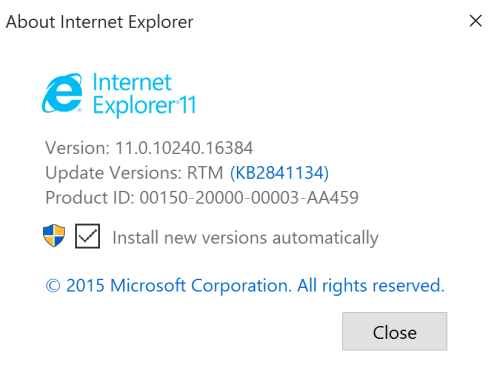 Ok, let’s look at Edge itself.The interface is clean and intuitive. There are typical browser tabs. 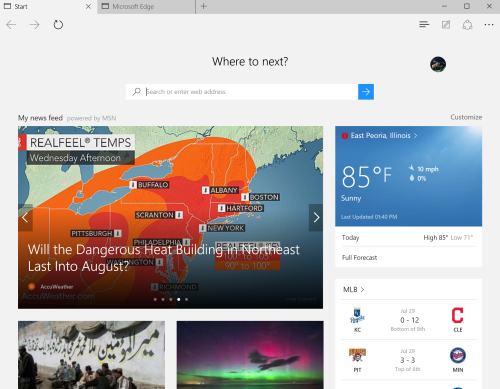 One also has the option of choosing a reading view of a given page. This reduces a lot of the clutter on many websites. Yes, I use mine for teaching purposes and this is a good teachable moment for students in my fall semester classes. 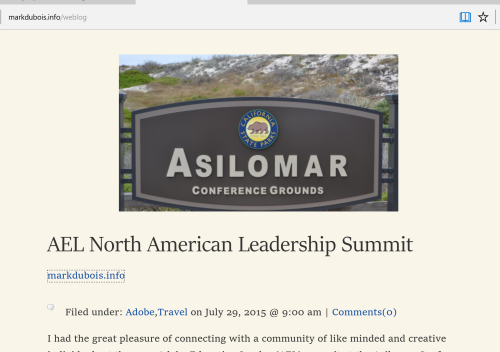 One of the options I really like is the ability to annotate a web page (with text or a stylus on a touch screen). This should be a great feature for explaining concepts to students and for marking up student web pages with comments. One can send the results via email or save to OneNote and other choices (such as Evernote).

There are also developer tools (which seem to be more on par with modern tools in other browsers). 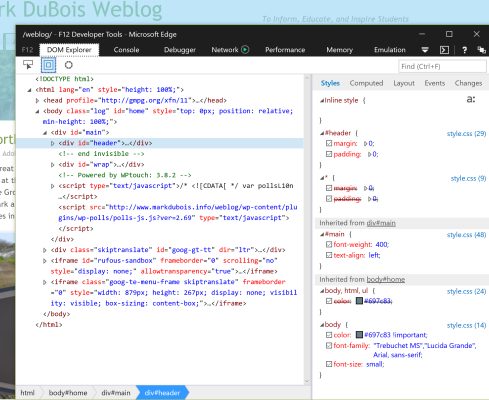 There are also emulation capabilities. 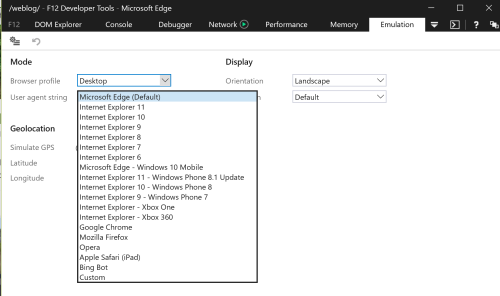 My only complaint about the options is that “View this page in IE” remains. Really!? 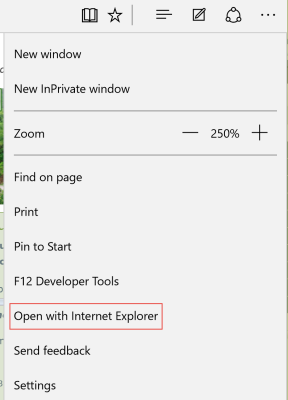 One last note. Even though Windows 10 was released today, one should still check for updates after the initial install. Yes, there were some. 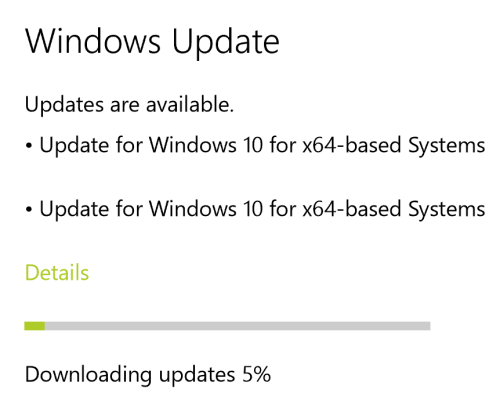 Ok, overall, I like the interface. I do plan to review additional features in coming blog posts. In the interim, I am curious whether you have upgraded and what your thoughts are with respect to Windows 10. In my way of thinking, it is what Windows 8 should have been (that OS was released way too soon and with too many “enhancements.”)

Update July 29, 2015 6 p.m. So, after working with Windows 10 for a few hours, I get another “love note” indicating another blue screen. This one tells me I have an INTERNAL_POWER_ERROR. Don’t know why it took a few hours for this to appear because others experienced this almost immediately.

Ok, so I can boot into safe mode, right? Yes, except the machine fails and restarts before I even get to the safe mode screen. For those who care, one can either hit the Shift and F8 key while rebooting or one can issue the command shutdown /o /r after Windows+R key is used to run a command. In either case, the failure happens during the reboot process. At the moment, there is no way that I can reliably get to safe mode in order to disable drivers (this appears to be where the problem lies). I have checked numerous forums and many are experiencing this problem. My advice – DO NOT UPGRADE TO WINDOWS 10 until this issue has been resolved.

Microsoft – you were right in your advertising. This will be the last Windows operating system I ever own. I am switching to Apple and Linux exclusively soon. This was your last chance to get it right.

Update: July 20, 2015 10 p.m. Finally got things working again (actually it only took a couple of hours to figure this out). Turns out the problem was with a video driver. Error message is completely bogus. That being said, I finally updated both video drivers and the problem has disappeared. I waited a few hours to confirm the system no longer reboots every minute or two. Specifically, I had to open device manager and update these drivers in under two minutes. Glad I have blazing fast wifi at home.

Yes, I do know my way around a computer. For your typical home user, this would not be possible to solve. This is why I recommend waiting until these sorts of issues have been resolved. I realize many have had no problems with their upgrade. I also know many of the support forums are full of the sorts of issues I experienced on a computer less than a month old. This is why I recommend waiting (unless you are very confident with your abilities and skills).

As always, I am interested in your comments. Let me know if you found this information useful.