As many readers know, I am always on the lookout for apps I can use in various aspects of teaching and learning. I recently came across the app “Project Spitball” in the App Store. This seems like an interesting concept and has some potential uses for educators so I thought it might be appropriate to briefly review it. Unfortunately, it only seems to be available for iOS devices [tablets only] at the moment (I hope that changes and Android devices are included soon). The idea behind this app seems pretty straight forward. You connect with others on the same wifi network and can then exchange messages. You write something, scrunch the message and virtually toss it to another person also running this app. For those with an iPad, the app is free. Since there are a number of spitball apps, I provide a screen capture of the one I am reviewing. I have tested this on my iPad 3 (ok, I know it never officially had that name), iPad mini retina, and iPad 2 (courtesy of Brandy Thatcher). 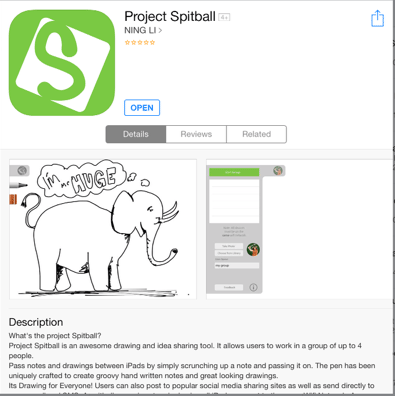 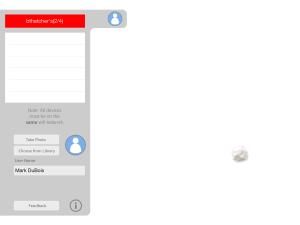 It is pretty simple to create a drawing using the available tool. 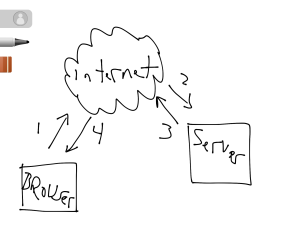 One then uses a couple of fingers to pinch (and turn the image into a spitball). Note that you can send it to another party running the app on the same network (highlighted avatar in this case). You can save the image to your images/ camera roll. And you can share this via Facebook or send as a SMS message. You simply drag the spitball to the appropriate location (for example, the Facebook icon). 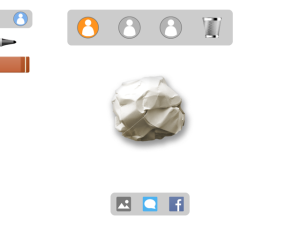 One must remember to actually drag the spitball (crumpled paper image) to the appropriate location to send it. 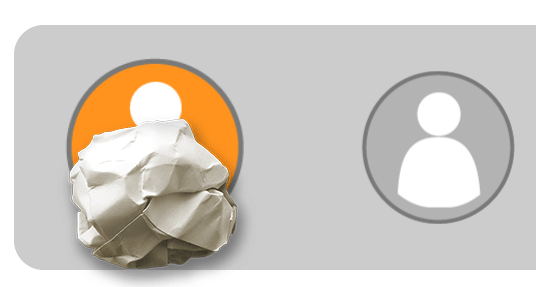 The received (via the Project Spitball app) is notified and the spitball drops to the bottom of their screen. they tap on it to open it.

The concept seems pretty straight forward. Multiple parties could exchange messages in this manner. From a teaching and learning perspective, I think there are several possible uses. Obviously it would depend on the audience and their acceptance of the technology. In its simplest form, those students who are hesitant to ask questions would be provided an alternate means of asking a question. I recall the old adage “it is better to remain silent and be thought the fool, than to open your mouth and remove all doubt!” I fear many students don’t want to be embarrassed in front of their peers so this would be a way for anonymously sending a message to the teacher.

From a teaching perspective, it would be a quick way of sending a question to a student (perhaps seemingly at random) and asking for their response. If one connected the iPad to a projector, this could generate some additional discussion.

There may be other possibilities (such as communicating in small groups).

Overall, I think this app has some great possibilities. I do think there need to be some improvements for it to be even more useful.

As I mentioned earlier, it would definitely be a plus to have this working on both Android and iOS devices (both tablets and smartphones). This would cover the majority of students in most classes. It might also be helpful if this ran on Chromebooks as well (I know a lot of schools use these more and more).

At the moment, it appears one can only have 4 other individuals in your session. I would hope this would expand in future versions. I would also hope there is a better way to identify each person. I know some could take a photo or could draw an avatar and use that. I think it would be helpful to also see the person’s name (particularly if you are teaching and need to quickly decide where to send a message).

I would also hope future versions would include more choices of pen color (beyond black). The ability to access the photo gallery would also be a nice feature. Since I teach web technologies, it would also be nice to be able to include a screen capture (although one could pull this form the photo gallery). I am thinking of capturing the image of a web page and then posting a number of comments within the spitball.

It would also be nice to be able to save a spitball as a template and be able to open it for future use. Perhaps a math instructor would develop a set of equations and ask individuals to solve them? That is the sort of re-use I think would be exceedingly helpful for some.

Those are some of the improvements I would like to see in future versions. I would be most interested in your comments when you try the app.