I never cease to be amazed at how fast technology changes. I suspect this is mostly old news for most, but you can do some pretty impressive things including images in QR codes. Yes, you can generate default values within tools like Adobe Acrobat (I covered that in a previous blog post). Here are some of the interesting things you can do with QR (Quick Response) codes.  There are online versions where you can generate a color version of the QR code. You choose the foreground and background colors. The example below was generated from Free QR-Code. Yes, there are other sites which also accomplish this. One can also create bar codes with an alpha channel (I haven’t found an online utility yet to accomplish this). If you set the alpha channel to 0, you end up with a transparent bar code. I believe these are starting to catch on, but some scanners have difficulty reading them. 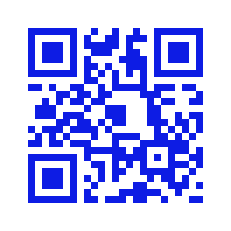 You can easily include your image/ logo within the QR code. An example is shown below (yes, this code will take you to the current weblog). 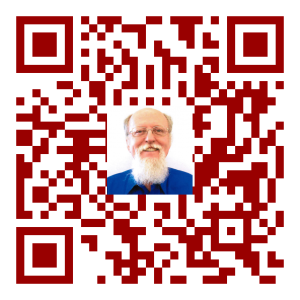 This example was done using the free online utility at QRCode-Monkey. You supply the URL or desired text/ SMS, location, vCard, MeCard information, upload an image and the QR code is generated. Obviously, you have ore options if you pay for the service, but even at the free end, you have some interesting choices (note the color is not the standard black above as well).

You can even take this one step further and use a tool like VisualLead to generate the QR code directly from the image you upload. An example of the end result is shown below. 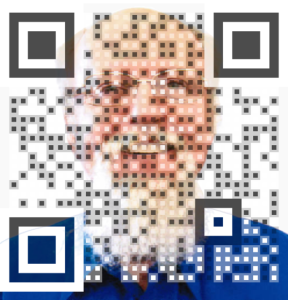 With this utility, there are additional enhancements you get when you purchase credits to generate the QR code (which you don’t get with the free version).

Yes, I know there are security issues with QR Codes. For example, they could direct you to a website where malicious code is waiting to attack your smartphone. They could also contain embedded code to also attack the device. We do live in a dangerous world. At a minimum, I recommend never scanning a code that you are not certain of the origin (for example a code placed at random in a mall).

I am curious what others are doing with QR Codes (particularly the tools being used to generate them). Sadly, comments must be approved before they will appear (too many spammers).